Spinoza’s God: Einstein believed in it, but what was it ? by Alex Dean | Prospect October 6, 2021 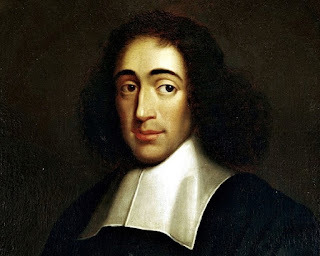 Spinoza’s God: Einstein believed in it, but what was it ?

The Enlightenment thinker was branded a heretic, but his philosophy overflows with subtle religious insights

What do we think we know about Baruch Spinoza? We know he was one of the greatest philosophers of the Enlightenment: the Dutch thinker was a champion of free intellectual inquiry who broke new ground in metaphysics, epistemology and philosophy of mind. His magnum opus, the Ethics, put forward a system of breathtaking originality that is still celebrated today. We might know that he was a pioneer of the rationalist school that emerged in the 17th century. But more than any of this, most of us know something about his philosophy of religion: Spinoza’s writing is famously atheistic.

In his own day, Spinoza was branded a heretic and accused of trivialising God’s role in the universe and human affairs. Cast out of the Dutch Jewish community at the age of 23 for spouting “horrible heresies,” he opted for permanent outsider status by refusing to convert to Christianity. He disputed the existence of miracles and the afterlife and challenged the authority of the Bible. His Theologico-Political Treatise was condemned as “a book forged in hell… by the devil himself.” The Ethics was placed on the Catholic Church’s index of forbidden books.

When he was reclaimed in later centuries, it was often for the same reasons he had been denounced. Those seeking to subvert religious doctrines found him a source of inspiration. Percy Shelley draws on him in his essay “The Necessity of Atheism.” Albert Einstein once said that he believed in “Spinoza’s God,” which was leapt on as proof that the greatest scientific minds have no time for superstitious fairy tales.

In her concise and authoritative new book, Clare Carlisle seeks to rescue Spinoza from those who peddle misconceptions - on all sides. A professor of philosophy at King’s College London and author of a recent biography of Søren Kierkegaard, Carlisle also edited George Eliot’s translation of the Ethics last year. She argues that Spinoza was a profound and subtle writer on religion; to box him in as an “atheist” or a God-belittling “pantheist” is to crudely oversimplify, if not to miss the point altogether. In painting a more convincing picture, she illuminates one of the most thought-provoking philosophies of religion we have - one that might offer a way forward for people with “spiritual” inclinations who can’t get on with official religion, including those in our own secular age who long for meaning.

Spinoza, born in Amsterdam in 1632, refused to blindly follow the rigid religious dogmas of his day, arguing instead that everyone should take his or her own path in deciding what to believe. He supported himself by grinding lenses for spectacles, microscopes and telescopes - intense and solitary work which suited an independent spirit.

He loathed groupthink and thought most organised religion, not least of the Judeo-Christian kind, fuelled delusion and sectarianism. At the heart of his critique was his view that the religious authorities had radically misconceived what God actually is, distorting truth and corrupting the minds of their followers. They had fallen for the illusion of an anthropocentric God: an external being acting on the world of human affairs, intervening according to His whims. God’s role resembled that of a king, Spinoza lamented, dispensing rewards for devotion and punishments for transgression. Thinkers as different as the stern John Calvin and the doubting René Descartes both used the metaphor of God as sovereign in their descriptions of the supreme being.

For Spinoza, though, this picture could not have been further from the truth. God was not “like man, consisting of a body and a mind, and subject to passions,” he wrote. That view was “superstitious,” contrary to true faith. What’s more, believers in that kind of deity were motivated more by fear than virtue. The terror of divine wrath was not a healthy edifice upon which to build your religion; the framework of salvation and damnation led to emotional instability that was incompatible with the virtuous life. In a letter to a young man named Albert Burgh, a recent convert to Catholicism (and later mayor of Amsterdam), Spinoza wrote: “Having become a slave of [the Roman] church, you have been guided not so much by the love of God as by fear of hell.” There were few orders more adept, he added, at “deceiving ordinary people and controlling men’s minds.”

It was partly because he challenged orthodoxies - and powerful institutions - that Spinoza was called an atheist. But also because the kind of God he said did exist was seen to open the philosophical door to atheism.

Spinoza argued that whatever exists is in God. The divine being is not some distant force, but all around us. Nothing in nature is separate from Him: not people, animals or inanimate objects. Today, the view that God is synonymous with nature is called “pantheism,” and this term is often retrospectively applied to Spinoza. Whatever the label, the view was - and still is - portrayed as a denial of God’s transcendent power. Spinoza was accused of denying the ontological difference between God and His creations, thereby trivialising the creator.

Lambert van Velthuysen, the governor of Utrecht during the philosopher’s lifetime, wrote that “to avoid being faulted for superstition,” Spinoza had “cast off all religion.” “I don’t think I am deviating far from the truth, or doing the author any injustice, if I denounce him for using covert and counterfeit arguments to teach pure atheism,” he wrote of the Theologico-Political Treatise. More recently, Steven Nadler, an acclaimed Spinoza expert, has argued that “God is nothing distinct from nature itself” for the 17th-century thinker. Carlisle sees the Catholic philosopher Charles Taylor as offering a broadly similar reading.

But, in fact, these characterisations are awry. Spinoza’s philosophy does not trivialise God in the slightest. It is true that in his conception God is intimately bound up with nature. But just because God is not separate from the world that does not mean He is identical to it. Actually, He is distinct, because there is a relationship of dependence that travels only one way: we are constitutionally dependent on God, but God is not dependent on us, argues Spinoza.

For Spinoza, everything we are, and indeed the continued existence of all things, is a manifestation of God’s power. Carlisle uses the term “being-in-God” to describe this aspect of Spinoza’s thought: the way we are created by - and conceived through - God.

Seen in this light, Spinoza’s conception of faith carries considerable advantages. For one thing, it manages to create a profound metaphysical intimacy with God without denying His transcendence. He is here among us, yet in some sense beyond us. In fact, Carlisle goes so far as to claim that this insight, had it been understood, might have worked to shore up religion against the assault from real atheism later. The anthropomorphic version of God condemned by Spinoza paved the way for the remote God of later centuries, who sat apart from the universe and, having created it, left it to unfold autonomously, according to mechanical laws. From this “thin” conception of the deity it was a short logical step to Friedrich Nietzsche reading Him the last rites. By contrast Spinoza’s God, by necessarily retaining intimacy with His universe, gave no quarter to that line of thinking.

Spinoza was in some respects following a well-established Christian tradition in his conception of the divine. The 8th-century monk John of Damascus said that “toward God all things tend, and in God they have their existence.” Augustine wrote in the 4th century AD that “all things are in God,” a view later echoed by Aquinas. Spinoza in turn echoed them all, and traced the line of thinking further back, to Jesus’s contemporary: “That all things are in God and move in God, I affirm, I say, with Paul.”

Some of the most striking parallels are in Anselm, the outstanding theologian of the 11th century, who in the course of the philosophical prayer the Proslogion says to God: “In You I move and in You I have my being,” expanding: “You, though nothing can be without You, are nevertheless not in place or time but all things are in You. For nothing contains You, but You contain all things.”

Being in God is not just an ontological reality here, but a spiritual imperative. Anselm says: “I pray, O God, that I may know You and love You, so that I may rejoice in You.” Spinoza reached a similar conclusion within his own rigorous philosophical system. Everything is in God, but we can participate more fully in the divine nature through reason and our intuitive understanding of God’s omnipresence. The more we manage to do this, the higher the state of joy we can attain and the closer we come to sharing in perfection.

There is, moreover, a real-world ethical dimension to being in God. Spinoza’s faith has practical significance, guiding the believer’s actions. He writes: “The good which everyone who seeks virtue wants for himself, he also desires for other people; and this desire is greater as his knowledge of God is greater.” True religion consists in the exercise of loving kindness.

Of course, Spinoza and his forebears differ on many questions: the existence of angels, the afterlife, and what counts as a fundamental “substance.” Moreover, Spinoza rejected the teleology that gained purchase in the Middle Ages - the habit of making sense of things by emphasising the final end to which they are (supposedly) pointed.

Instead, Spinoza’s thought treads a narrow line between old and new, medieval and modern. Much of his philosophy was decidedly modern in its themes and concepts, and he took a keen interest in new scientific discoveries - after all, he worked in optic science and his telescopic lenses were used by leading astronomers. Yet he also drew inspiration from sources which, by his own time, were profoundly orthodox. Carlisle shows both sides of a subtle thinker who has often been simplified, while reaffirming one important feature of the established reputation: his devotion to open intellectual inquiry no matter the personal consequences.

What of the resonance of his ideas? Spinoza addressed the biggest questions of all: what is God? What is our relationship to Him? How should I act in the light of that knowledge? He serves as a model for those who want to explore these questions in their own way, guided by what they think is right rather than what they have been told. Anyone open to the idea of religious belief but uncomfortable with orthodox teachings should read Spinoza.

Faith means different things to different people. As Spinoza replied to Van Velthuysen, one of many who accused him of casting off all religion: “Has someone who maintains that God must be recognised as the highest good, and that he should be freely loved as such, cast off all religion? Is someone who holds that our greatest happiness and freedom consists only in this [love of God] irreligious? Or that the reward of virtue is virtue itself, whereas the punishment of folly and weakness is folly itself? And finally, that each person ought to love his neighbour and obey the commands of the supreme power?” Spinoza took God seriously, and here we should take the philosopher literally.

He died young, possibly from respiratory illness exacerbated by inhaling glass dust. And yet he stands today immortalised as one of our most fascinating philosophers. Carlisle has done us a great service by offering a convincing and newly rounded portrayal - and by reminding us that you can never exhaust the majesty of Spinoza’s religious writing. 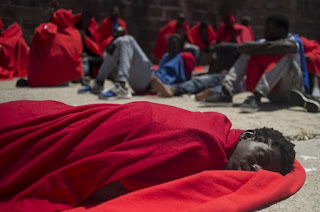