∆∆∆ ∆∆∆ ∆∆∆ The storming of the US Capitol is not just about Trump, but the whole American right : The President is not an aberration, but the culmination of the slow drift of a Republican party that gave up on democracy a long time ago, by Tom Clark | Prospect January 7, 2021

No sooner had the mob moved on the Capitol than the whole right-wing establishment began to act as if they didn’t know the unruly man who had incited them to do so.

It fell to Vice-President Pence, fresh from resisting his boss’s demands to “disappear” the electoral college votes of states that had gone the wrong way, to summon the National Guard. The grand old organ grinder of the Senate Republicans, Mitch McConnell, earnestly sermonized that his vote to certify the peaceful transfer of power was the most important in his 36-year Senate career. Even Ted Cruz of Texas, the thinking man’s ultra-conservative (if there can be such a thing), denounced the people Donald Trump continued to salute as “very special people” for a “despicable act of terrorism.”

And yet. Right through this week Cruz has been manoeuvring, posturing and voting to subvert the democratic will of the American people, undermining the recent election by calling it into question. For weeks after the perfectly clear election McConnell had kept schtum while Trump used abjectly hopeless legal actions against the election to draw publicity to his conspiracy theories. And if McConnell can switch on the judicious tones of an elder statesman, Pence can turn back the dial to the genial tones of the avuncular radio presenter he used to be. But both men, of course, have for four long years sat back and smiled on as the 45th President set fire to every constitutional norm of the American republic.

The British journalist Andrew Neil encapsulated the view of many commentators on both sides of the Atlantic when he tweeted: “There is one name responsible for what is happening on Capitol Hill tonight and that name is TRUMP.” Explaining sprawling dramas through a single personality makes for arresting punditry. It can also serve a useful political purpose if it is decided to cast an individual rogue aside and “move on.” The current chatter is about Trump’s own cabinet declaring the president unfit to govern under the 25th amendment, and installing Pence as a Lady Jane Grey President for the next 10 days or so, so that the American right has publicly purged itself of the sins of Trump before his chapter closes. But against the backdrop of total complicity this really won’t wash.

It is not only Cruz, McConnell and Pence who are implicated, it is pretty well the whole Republican party. There were never more than one or two rebels when the Senate variously: installed one of his partisans who faced credible allegations of sexual assault on the Supreme Court bench; acquitted him in a “trial” after he was impeached on bang-to-right charges of exploiting US national resources in Ukraine to procure dirt-digging on opponents at home; and worked hand-in-glove with him to get another Supreme Court justice confirmed in the immediate run-up to the election in defiance of a precedent the Republican party had itself invented just a few years before, to guarantee that the Trump legacy would long survive his expected democratic defeat.

Today’s Republican party is the Trump party, and that point is not restricted to these few crunch votes - or the US Senate. If it were a viable conservative alternative, after these divisive and controversial years it would surely have found expression in a challenge for the nomination - but none came forward. So why not ?

The best - and kindest - explanation is the “cowardice” defence. The “reasonable” Republican politicians who now denounce the President had reason to be scared. Trump was a TV personality, who could “work the base,” and would see that anyone who challenged him would be crushed in local primaries and driven out of politics. They had little option but to bide their time.

This doesn’t answer the question of why anyone in a party in the grip of such rot wouldn’t walk away from it, but - more than that - it just isn’t plausible. For a long time, even if it didn’t used to be so plain, the truth has been that the Republican party is the party of “movement conservatism” and this is not fundamentally a democratic force. The alliance of chauvinists, social reactionaries and plutocrats was first forged in the mid-1960s, which were - not coincidentally - the years of the Civil Rights and Voting Rights Acts. The fit was often awkward - there are obvious tensions between “might of right” racists, religious zealots and wealthy libertarians - but all could agree on the need to push back against the “progressive” consequences that might loom in a fully-enfranchised America. The “movement” is a rear-guard action against democracy, and while it has not always been in charge, it has set the frame for American politics since at least 1980.

Ronald Reagan won that year, and because he was a skilled politician operating in a society whose demographics made white majoritarian politics a lot more plausible than it is in the America of today, the Republicans could cheerfully respect - or appear to respect - the ground-rules of an American democracy which allowed them to win.

Under the surface, though, they never stopped attempting to suppress the African American vote. Over the years, when they had command of state apparatus they used it to gerrymander boundaries ever-more outrageously, and when they faced the task of opposing a Presidency - first Bill Clinton, later Barack Obama - their approach was to make it impossible to run the country, though a series of government shutdowns, and ruthless filibustering (under an arbitrary “cloture rule” which is not in the constitution) to stop the US Senate coming to a conclusion on anything.

George W Bush is today acquiring the air of an amiable elder statesman, appalled at his aberrant successor. But in his day he, too, rode the tide of movement conservatism to the White House. In truth, Trump is not an aberration, but the culmination of his politics which - recall - prevailed in the dead-heat election of 2000 only with the help of conservative judges in the Supreme Court who used dubious reasoning that was, expressly, never-to-be-used again, and only after having drummed up protests against allowing votes to continue being counted in Florida.

Having entered the 21st Century maneuvering to stop votes being counted, the party has continued in the same anti-democratic vein. As US demographics turn against it - the party has now lost the popular vote in seven of the last eight Presidential elections - its ruthless minoritarian politics have become increasingly naked: the court-packing, the reliance on vetoes afforded by Senate seats from empty states, and ever-starker vote suppression.

Trump was no more than mildly hyperbolic when he let slip what most of his party quietly thinks in March, and acknowledged that “you’d never have a Republican elected in this country again” if you made it too easy to vote.

It didn’t do so because it is not, at heart, a party of democracy. It is a party that stops people voting, stop votes being counted, and uses partisan judges and procedural skulduggery to stop politicians who have been voted in from being able to do anything.

So when a mob that doesn’t accept the result of an election turns up at the Capitol and storms the citadel of American democracy it is certainly not down to “one man.” It is down to a movement and a party which long ago gave up on the spirt of, in a celebrated phrase of the greatest Republican and a very different age, “government of the people.” 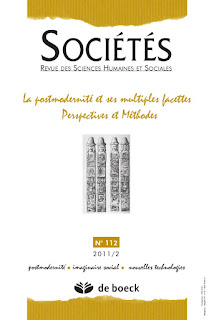