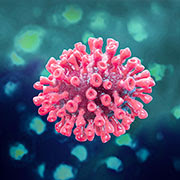 Hydroxychloroquine or chloroquine, often in combination with a second-generation macrolide, are being widely used for treatment of COVID-19, despite no conclusive evidence of their benefit.

Although generally safe when used for approved indications such as autoimmune disease or malaria, the safety and benefit of these treatment regimens are poorly evaluated in COVID-19.

We did a multinational registry analysis of the use of hydroxychloroquine or chloroquine with or without a macrolide for treatment of COVID-19. The registry comprised data from 671 hospitals in six continents. We included patients hospitalised between Dec 20, 2019, and April 14, 2020, with a positive laboratory finding for SARS-CoV-2. Patients who received one of the treatments of interest within 48 h of diagnosis were included in one of four treatment groups (chloroquine alone, chloroquine with a macrolide, hydroxychloroquine alone, or hydroxychloroquine with a macrolide), and patients who received none of these treatments formed the control group. Patients for whom one of the treatments of interest was initiated more than 48 h after diagnosis or while they were on mechanical ventilation, as well as patients who received remdesivir, were excluded. The main outcomes of interest were in-hospital mortality and the occurrence of de-novo ventricular arrhythmias (non-sustained or sustained ventricular tachycardia or ventricular fibrillation).

We were unable to confirm a benefit of hydroxychloroquine or chloroquine, when used alone or with a macrolide, on in-hospital outcomes for COVID-19. Each of these drug regimens was associated with decreased in-hospital survival and an increased frequency of ventricular arrhythmias when used for treatment of COVID-19.

The absence of an effective treatment against severe acute respiratory syndrome coronavirus 2 (SARS-CoV-2) infection has led clinicians to redirect drugs that are known to be effective for other medical conditions to the treatment of COVID-19. Key among these repurposed therapeutic agents are the antimalarial drug chloroquine and its analogue hydroxychloroquine, which is used for the treatment of autoimmune diseases, such as systemic lupus erythematosus and rheumatoid arthritis.1,  2 These drugs have been shown in laboratory conditions to have antiviral properties as well as immunomodulatory effects.3,  4 However, the use of this class of drugs for COVID-19 is based on a small number of anecdotal experiences that have shown variable responses in uncontrolled observational analyses, and small, open-label, randomised trials that have largely been inconclusive.5,  6 The combination of hydroxychloroquine with a second-generation macrolide, such as azithromycin (or clarithromycin), has also been advocated, despite limited evidence for its effectiveness.7 Previous studies have shown that treatment with chloroquine, hydroxychloroquine, or either drug combined with a macrolide can have the cardiovascular adverse effect of prolongation of the QT interval, which could be a mechanism that predisposes to ventricular arrhythmias.8,  9