Britons are heading to the polls for the fourth time in five years. How has Britain gone from having one of the most stable political systems in the world to being derided as a political basket-case—and why won't the chaos end anytime soon ?

Britain, a land of green pastures, tea drinking and centuries of political stability until now. The British people are heading to the polls for the fourth time in five years to try to break the deadlock over how to leave the European Union. But this election is unlikely to heal Britain’s divided politics.

Before the Brexit referendum, Britain had enjoyed decades of relative political stability with one of the Conservatives or Labour almost always in power. But their success was built on increasingly shaky foundations. One study found that British voters’ trust in government suffered a long decline from 1986 until 2012. And two events in particular became emblematic of that loss of trust.

And then a few years later the elite appeared to be proven wrong again. The financial crisis of 2008 challenged the competence of Britain’s ruling class.

These two events began to undermine the political centre on which both Labour’s Tony Blair and the Conservatives' David Cameron had built their success. The collapse in trust in this elite then gave way to active revolt. The election of Jeremy Corbyn as leader of the Labour Party signalled a rejection of the ruling consensus and a decisive shift to the left. Then in 2016 the public had their opportunity to turn on the establishment.

Within three years Boris Johnson one of the faces of the Leave campaign was leader of a Conservative Party that had shifted clearly to the right. If Labour were to defy expectations and take power the party’s economic policies alone would have profound consequences. If neither party ends up with a working majority they’re going to find it harder than ever to form alliances in Parliament now they’ve vacated the centre ground.

Such a coalition would legislate for a second Brexit referendum. A solid Conservative victory would spare the country from this fate. But don’t expect Boris Johnson’s promise to “get Brexit done” to spell an end to chaos either.  And Brexit could mark the start, not the end of the country’s constitutional turmoil. For Scotland who voted to stay in the EU another independence vote is already on the cards.

Whatever the outcome of the election there’s another reason why neither of Britain’s potential prime ministers will end the chaos. Don’t expect their answers to change any time soon in part because neither party is likely to return to the political centre any time soon. Britain could face a future swinging between very right-wing and left-wing governments. And with no end in sight to the political chaos. 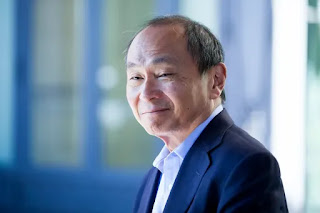