∆∆∆ Chaos is being normalised. It is all part of Boris Johnson’s pernicious plan, by Paul Mason | The Guardian Wed 11 Sep 2019

To expedite his power grab, the prime minister has brought darkness to our democracy and to our streets. We must resist.

On Saturday, for the first time in living memory, neo-fascists were chanting the name of the serving prime minister.

Supporters of the English Defence League and the Democratic Football Lads Alliance wandered around Whitehall some drunk, harassing random remain protesters and shouting into the faces of journalists until, inevitably, they attacked the police.

It’s part of an unnerving trend that’s emerged in the past two weeks: the normalisation of chaos.

We have a parliament suspended against its will. We have ministers threatening to break the law. We have allegations that a network of advisers inside Whitehall are using encrypted messaging to circumvent legal scrutiny. And we have briefings to selected journalists that the government might suspend the rule of law by invoking the Emergency Powers Act.

Yet at the end of the headlines there is always the weather and the same jokey riff between a presenter and a hapless BBC political correspondent. Nine out of 10 stories on the front pages of news sites remain focused on dating, food fads and the antics of minor royals.

Nothing in this bleak and blurry picture is happening by accident. Listen to the reported promises of Dominic Cummings: he will “wreck” the Labour party conference; he will “purge” the Tory rebels; he will “smash” Jeremy Corbyn and he reportedly does not care if Northern Ireland “falls into the sea”.

This is a power-grab run to a script, whereby every time the government is thwarted by MPs it simply ups the ante: between now and the European council meeting in October, it will stage one calculated outrage after another.

One of the most dangerous factors in this situation is the incomprehension of Britain’s technocratic elites. At Eton they might ask pupils to write the imaginary speech they would give while leading a military coup, but on the philosophy, politics and economics course at Oxford, it is generally assumed you are heading for a career in the governance of a stable democracy.

Few are prepared to address the material roots and class dynamics of this crisis, because nobody taught them to do so. But they are clear.

In Britain, as in the US, the business elite has fractured into two groups: one wants to defend the multilateral global order and globalised free trade; another desires to break the system. Here, as with Trump, that group includes the fracking bosses, the tax-dodging private equity bosses and the speculative ends of property and high finance.

Here, as with Trump, the instability they need also suits the geopolitical aims of Vladimir Putin – whose mouthpieces Sputnik, Ruptly and RT are offering quiet support for Boris Johnson’s narrative, if not the man himself. But this is also a transatlantic project of the Trump administration.

For Trump, the prize of a no-deal Brexit on 31 October is a pliant, shattered trading partner and a potential accomplice for the provocations he is planning against Iran.

The liberal establishment – found in the corporate boardrooms, among the masters of Oxbridge colleges, in law and medicine and among the old-money landowners – does not know what to do. Meanwhile the working class is more divided culturally than at any point since Oswald Mosley tried to march down Cable Street.

I don’t want to encourage paranoia, but as a mental exercise ask yourself: if there was a single mind coordinating this crisis, what would it be thinking now?

Second, that parts of the British media have no stomach for the task of actively defending the rule of law and the principle of accountability.

Third, that an atmosphere of weariness is descending on the mass of people. They were already weary of Brexit and are now getting weary of endless headlines about a constitutional crisis that never seems to end.

In the 1930s, the psychologist Erich Fromm noted that the ideal conditions for the rise of dictators and autocrats was a “state of inner tiredness and resignation”, which he attributed to the pace of life in stressed, industrialised societies.

Among the German working class, Fromm observed “a deep feeling of resignation, of disbelief in their leaders, of doubt about the value of any kind of political organization and political activity … deep within themselves many had given up any hope in the effectiveness of political action”.

It is this above all that we have to fight – like sleep after a night shift – in the next five weeks. Among the urban, educated and salaried working class this moment already feels like the start of the poll tax rebellion. But in small town, deindustrialised communities there is confusion. People in those places thought that Brexit was a rebellion for democracy against the elite, but here’s the actual elite – the Queen, Jacob Rees-Mogg and co – shutting down democracy. How we address that mood will determine the outcome of the situation.

Professional politics has come to focus on micro-polling and message testing, but the most instinctive thing to do is get down to a pub this Friday night, in a place you know there’s going to be support for Johnson, and calmly argue the toss.

The transparent aim of Johnson is to create a chaotic situation, in which decent people become too frightened by fascists and football hooligans to protest; in which the progressive majority of voters are otherised as “luvvies, climate loons and traitors” – a darkest hour in which, though he created the darkness, he eventually gets to switch on the lights.

We need now to reach across party loyalties and demographic differences to explain face to face: what we’re living through is not normal, nor accidental. It’s a fabricated chaos. And the road back to normality lies through getting Johnson out of Downing Street. 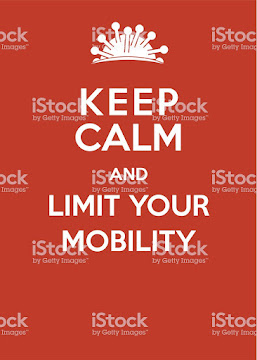 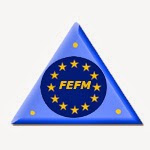