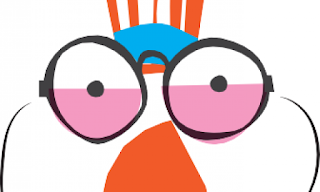 Europeans have tended to over-simplify the wellspring of American politics. The European outlook on the United States – if there is a such a thing – is the fluctuating product of gratitude, irritation, fascination, disdain and envy. But the American outlook on Europe – and there definitely is such a thing – is equally, if not more, contradictory, a mix, in almost equal parts, of utopian and dystopian ideological fantasy.

From the progressive side of the American commentariat spews forth, first, a geyser of frustrated socialist aspirations. This results in Europe being continuously exhorted to remain committed to the various strands of its socialist traditions, as well as suspicion of capitalism.

Almost everything tends to be interpreted through this lens which is so distorting that, in the hands of well-meaning progressive Americans, it will obfuscate the great, and timeless, splintering of the so-called European Left, the diversity of its welfare settlements, the chequered history of its trade unionism – no matter how important and heroic some of them are – and its chronic cronyism and sometimes ineptitude.

It is also this distorting, rose-coloured lens, I suppose, that led me to witness the staggered expressions on the face of some Greek socialist politicians when an eminent American economist tried to persuade them to rise up to defend their ‘freedom loving unions’ and to return to the drachma in 2011. The relentless insistence on using Europe as socialism’s poster child seems just that – a bit relentless.

From America’s more conservative commentariat – a euphemism if ever there was one – the tendency is a flow of hallucinatory imagery that posits European cities as a collection of mismanaged ghettos rife with extremism and fundamentalism, and European countries as harbingers of socialist oppression and homogeneity – ‘Can you believe they won’t let them choose to eat junk?’.

Above all there are the constant twin references to, on the one hand, an insatiable attraction to revolutionary mayhem that characterizes the ‘European temperament’ – hence the depictions of Paris as the gates of hell during the Gilets Jaunes protests, a golden opportunity to roll socialism, mismanagement and chaos into one. But on the other, this endemically excitable and lawless Europe is characterized as permanently indolent, lacking that American get-up-and-go – cue George W Bush’s quip about the French not having a word for ‘entrepreneur’ – and always ready to succumb to the siren song of the dolce vita and the lethargy of corruption.

It would be simple if Europe just served as a convenient role model for progressive America, and a scarecrow for the MAGA (Make America Great Again) crowd. But the misrepresentations find their way across the divide and particularly into the progressive camp. Progressives made too much of the Gilets Jaunes – the State Department travel advice about France during the 2018 Christmas period might as well have been about Yemen. And a caricature version of ‘European’ anti-semitism is also propagated by progressive US voices, much as Europe’s ‘failed’ integration model – always in the singular – is also fodder for the further aggrandizing of the great, progressive, American multicultural narrative.

For American progressives, Europe is at once a beacon and a heroic other, as well as the incarnation of an old order that needs vanquishing. The old continent from which those seeking freedom and a better life fled but, also, the cradle of that impetus for equality and justice.

American progressives carry that dual ideological DNA. It occasionally makes them remarkably clear-eyed in their assessments of Europe: historians such as Robert Paxton, for example, set the record straight on fascism in France in a way no French historian had at the time.

But in one respect, the views of American progressives and the conservatives are united: it is the suspicion that the European game is rigged by the endurance of class politics. For progressives, the remnants of class warfare in Europe tend to be looked upon as a set of precious clues or alarm bells for a transatlantic system whose level playing field is tilting faster and faster in favour of the super-rich and their inherited wealth. For conservatives, Europe’s failings are proof that state involvement, regulation and high taxes – all signs in their view of the survival of a soak-the-rich mentality – signal the death knell of American entrepreneurialism and innovation.

AUTHOR: Catherine Fieschi is Director of Counterpoint www.counterpoint.org.uk and author of 'Populocracy: The Tyranny of Authenticity and the Rise of Populism' 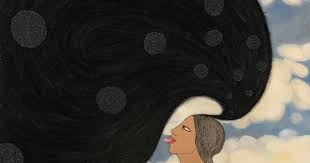