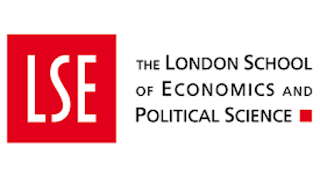 Lea Ypi uses Plato’s Republic to look at how he described the danger of proto-populists and demagogues to democracy.

She explains how Plato’s analysis applies in a contemporary context.

Shortly after Boris Johnson was elected Prime Minister, Donald Trump made a statement that was – perhaps surprisingly – partly true. ‘We have a really good man who’s going to be the Prime Minister of the UK now,’ he declared to some 1,500 teenagers at a rally of the right-wing youth organisation Turning Point in Washington. “They call him ‘Britain Trump'”, he added. ‘They like me over there’.

‘Britain Trump’ is a chilling but accurate description of the down-to-earth populist image that both Trump and Johnson have relentlessly cultivated. Both believe in the myth of their own greatness and are motivated by personal ambition; both have incontinent personal lives and inconsequential public records; both weaponise jest to evade criticism or public accountability.

Johnson is the 20th of 76 British prime ministers to have attended Eton, and the fourth alumni of Balliol College, Oxford, to hold the position. Through idleness and a personal obsession with becoming president of the Oxford Union, Johnson graduated a mediocre Classicist. Yet his classics curriculum shines light on the dangers of leaders like him and Trump.

In Plato’s Republic, one of the key texts of Western political thought that Johnson would doubtlessly have studied, Plato described the danger of proto-populists and demagogues to democracy. The man of the people, he explained:

…lives out his life from day to day, gratifying the desire of the moment. One day he drinks himself under the table to the sound of the pipes, the next day he is on a diet of plain water. Now he is taking exercise, but at other times he is lazing around and taking no interest in anything. And sometimes he passes the time in what he calls philosophy. Much of his time is spent in politics, where he leaps to his feet and says and does whatever comes into his head. Or if he comes to admire the military, that is the way it goes. Or if it’s businessmen, then that way. There is no controlling order or necessity in his life.

The problem with the ‘man of the people’, as Plato saw it, is that he is ruled by passions rather than reason, chasing the instant gratification of whatever desire takes his fancy, unwilling to restrain his whims. Johnson and Trump reflect his concern. No plea to reason, no invocation of human dignity and no imperative of equality can prevent them from making statements that are racist, homophobic or sexist, surely conscious of the violence that words can unleash.

Yet as Plato’s analysis makes clear, it’s also dangerous to consider populism the opposite of democracy, and mistaken to believe that self-styled men of the people like Johnson and Trump are deviant exceptions to otherwise well-ordered political institutions. Rather, Plato thought, the danger of demagogy lies dormant in all democracies.

Democracy guarantees equality before the law, but it cannot resolve political conflicts driven by social inequalities. Democratic systems, again according to Plato , can’t neuter the clash between rich and poor or those who have property and those who don’t. Though doubtlessly more inclusive than oligarchy, democracy inherits the same corruptions, divisions, and depravity. In other words, democracy can be asphyxiated by the conflicts that it sets free.

Modern democracies have come a long way since Plato. Yet we continue to reduce democracy to mere equality before the law, while hierarchies of wealth, power and social status endure. That Boris Johnson is the latest in a line of prime ministers to attend Eton, and that so many British prime ministers were both privately schooled and educated at Oxbridge, is a clear indication of how elites reproduce themselves in modern Britain. The triumph of passions that Plato warned of are also the animating principle behind Johnson’s own Brexit agenda; his vow to take the UK out of the EU on 31 October, come what may, eschews rational planning in favour of hot-headed desire for political recognition.

We might then also come to share Plato’s hesitation about treating populists as an exception to liberal democratic institutions. The more we talk about ‘Boris’ and ‘Donald’ as outliers, and the more we describe their human affairs, catalogue their vices, enumerate their lies and dissect their gaffes, the less we focus on the structures that have enabled their emergence, even when apparently innocuous individuals occupied their offices. This in turn makes us less able to grasp how it is not about them but, as Plato understood, about a system of rules that becomes a danger to itself when inequality persists.

The populist leader reflects the vices of society. The passions that rule his soul: greed, envy, ambition, desire to accumulate, thirst for power, instant gratification, lust for recognition, the urge to dominate and exploit, are the passions of our society. When politicians fail to confront the inequalities that stalk democracy, Plato’s warning that democracy can degenerate into tyranny will haunt liberal societies over and over again.

Lea Ypi (@lea_ypi) is Professor of Political Theory at the London School of Economics and Political Science and co-author of The Meaning of Partisanship.