The Damascene moment remainers hoped for shows no sign of coming, and disaster feels all too predictable. The historian AJP Taylor argued that Europe was plunged into the first world war by the inexorable operation of train timetables.

He was not ignoring historic rivalries between the continent’s great powers, nor truncating the sequence of diplomatic failures that turned competition into military confrontation.

But at a critical moment, carefully laid mobilisation plans could not be deactivated. Escalation to calamity proceeded metaphorically and literally on rails.

Reading about the summer of 1914 in the summer of 2019 is salutary in conflicting ways. It is a reminder to keep anxiety about Brexit in perspective. There are times when the language of bloody apocalypse is justified. Operation Yellowhammer is not one of them. But there are echoes of an older, bloodier emergency: the nation’s course irreversibly changed by a combination of cultural complacency, political pomposity, bogus patriotism and unthinking submission to the timetable.

Years before Archduke Franz Ferdinand was assassinated, most statesmen across the continent thought a European war would sooner or later have to be fought. Some expected it would be glorious and short. Others anticipated the horror but said it would be spiritually purgative. As martial drums grew louder, pacifist voices grew fainter. A fog of fatalism descended. The nature of the question shifted from averting possible cataclysm to managing one that seemed inevitable.

Even with a century of hindsight it is impossible to discern a point of no return, a junction at which all future paths, by whatever gradient or circuitous route, converged on disaster. If history doesn’t afford that view, how are we to know in real time when such a moment is close, or has been passed?

Sometimes a weight of bad choices already made presses down on politicians, driving them deeper into an error that they see plainly enough. “I am in blood/ Stepped in so far that should I wade no more/ Returning were as tedious as go o’er,” Macbeth tells his wife at the midpoint of his tragedy.

There is a less poetic version of the same thought captured on a 1964 tape-recording of a conversation between United States president Lyndon Johnson and McGeorge Bundy, his national security adviser. The choice was between propping up the corrupt South Vietnamese regime or abandoning it to the Viet Cong. One path led to military quagmire, the other to pillory at home for surrendering Asia to communism. “I don’t think it’s worth fighting for and I don’t think we can get out,” said Johnson. “It’s the biggest damn mess.”

What felt like limited choices was really the limit placed on imagination by misjudgments inherited from predecessors: military hubris, ignorance of Vietnamese history, misapplication of cold war ideology to a post-colonial liberation struggle. Johnson then added his own mistakes. By the time US national humiliation was complete in the mid-1970s, it was a bipartisan monument assembled across political generations.

Brexit is not a military atrocity, and there is no moral equivalence implied by comparison with Vietnam. Still, I sense that our incumbent Johnson is also trapped in the midway point of a longer tragedy, the parameters of which we are unable to grasp. That perspective will always elude the prime minister because he adheres to the 19th-century view that history is made by great men (and is enough of a narcissist to count himself among them).

Intuitively, the return of parliament next month feels like the beginning of a final act. In truth, we cannot plot the current moment on a narrative arc that bends out of sight into the future. Many pro-Europeans expected that by this point public opinion would have shifted definitively against Brexit. The strategic folly of surrendering a lead role in a continental power bloc was advertised in every scene during the article 50 negotiations, alongside lurid examples of prominent leavers’ mendacity. But the great Damascene moment has not come. It might never come. An orderly transition is still available. Gloomy forecasts can be wrong. In turbulent scenarios there will be foreign capitals, collaborationist civil servants and defeatist remainers to blame.

Zoom out still further, and Brexit could look like the prelude to a wider unravelling. If the European project is rattled by financial crisis and fractured by vandalistic nationalism, the debate will be whether Britain was wise to get out when it did, or criminal in failing to stay at the critical juncture. One side will celebrate Brexit as a heroic leap from the fire escape, the other will deplore it as the arsonist spark that ignited an inferno.

If, by contrast, the EU is resilient and our neighbours flourish, it might still take many years for the foolishness of Britain’s self-relegation to be accepted as fact. The error will have to be composted under a layer of events, mulched by transitions of power until it beds down as consensus. Sometimes it needs a new generation of politicians to call some policy a bad business from the start because they weren’t there at the start.

We are transfixed by frenzy on the stage before us: manoeuvres in anticipation of a no-confidence vote. We suppose that all possible routes are still open. Pro-Europeans must hope that there is a way back, that it is not a just a choice of gradient on the downward slide. Yet I sense fatalism creeping into formerly strident anti-Brexit voices. I glimpse shudders of dread that events are being driven not by the MPs who will vote in the coming weeks but by a critical mass of cowardice, ignorance and ideological prejudice that was reached months ago, maybe years. The past is harrying the present.

It could be an illusion. I hope I am wrong. But already it feels as if decisions not yet taken this autumn are shrouded in a mist of inevitability – the accretion of a million mistakes already made. Looking back, maybe historians will judge that the point of no return, the laying of the rails, happened long before the summer of 2019.

• Rafael Behr is a Guardian columnist 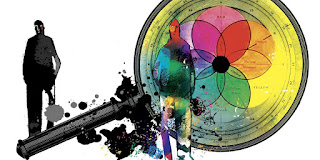