The Brexit zealots are on course to break up the union, by Dawn Foster | The Guardian Tue 25 Jun 2019

Conservative party members are indifferent to the alienation felt in Northern Ireland and Scotland. A backlash is coming

For three years now, millions of people across Europe have observed the playing out of a peculiarly English psychodrama: it is one that evokes the spirit of the blitz and a world war few are old enough to remember; it rehearses idealized images of a return to a golden age of imperial influence and prestige, all as the Conservative party tears itself apart in its attempts to perform Brexit.

Within Britain, any references to “national character” remain spectacularly English. The Conservatives have done little to thrash out an image of how the UK can expect to define its post-EU identity – other than vague invocations of sunlit uplands – because they cannot yet fathom how to properly exit. But most politicians and members of the public who are heavily invested in Brexit tend to speak of English exceptionalism as the trait that will pull them through.

If the poorest areas of the UK expect to suffer further as a result of Brexit, why not 'take back control'?

It is notable, though, that Tory politicians have been frequently careful to refer to their group by its full name: the Conservative and Unionist party. That they do so is a kind of over-compensation, because it is increasingly obvious to anyone watching this slow-motion car crash that, for all the talk of taking back power from Brussels, the project is all about moving it to London, rather than incorporating Edinburgh, Cardiff or Belfast. Attention has been paid to the problems involving the Irish backstop, but the focus has been on trade and goods, rather than the rights of individuals to move across the border freely, and how border infrastructure could revive the tensions and demons of the past.

The prospect of independence in Scotland has largely been dismissed by politicians in England, even while the arguments there rage on, inflamed by the looming exit deal and the even more extreme possibility of no deal.

Polling on feeling across the union is conducted regularly, but views haven’t been quite so in sync for some time. Sentiment around independence in Wales particularly, but also Scotland, ebbs and flows. But a poll for the Sunday Times over the weekend showed that support for Scottish and Welsh independence had risen – granted, with a large number of undecided voters – and that if Boris Johnson became Tory leader, both countries would shift firmly towards independence if given the chance to vote. Nationalists in Ireland have seen support for Irish reunification rise, though the large proportion of undecided voters, who may pull back from the brink, remains a real threat to that cause. Repeated polling in Ireland suggests politicians should consider planning for a border poll – a referendum on Irish reunification – since sentiment is riding so high, even before Brexit.

Will the Conservative members preparing to vote for Johnson even care if Brexit ends up leading to the dissolution of the union? Last week’s YouGov survey of Tory members revealed just how far the card-carrying zealots will go, revealing the majority were happy to see Scotland and Northern Ireland leave the union as long as Brexit was delivered. The majority of members are English, and when patriotism is discussed in the British media, it is English nationalism that is discussed, even when people claim to be discussing a “British” identity. The cultural uniqueness of Scotland or Wales is a matter of indifference. The Conservatives are happy to see almost anything happen to secure any form of Brexit whatsoever.

When Brexit happens, the pressures leading towards a political breakup of the United Kingdom will become intense.

Why wouldn’t every other country abandon England? If the backstop continues to threaten trade and people in Northern Ireland don’t feel listened to, what is to be gained by being tethered to Westminster?

The argument against Welsh independence has always been economic, and the Scottish independence referendum was plagued by fears over currency reform, banking and the economics of natural resources, leading to the narrow no vote. But if the poorest areas of the UK can expect to suffer further economic hardship as a result of Brexit, after already being ravaged by the architects of austerity, why not – to steal a phrase – “take back control” and at least steer your local economy in a decentralised direction that acknowledges the geographic challenges?

Ultimately, the Conservatives don’t care enough to recognize the risks. But right now the breakup of the union looks extraordinarily likely, if not inevitable. It means if Johnson does indeed become the next UK prime minister, he may also be its last.

Dawn Foster is a Guardian columnist 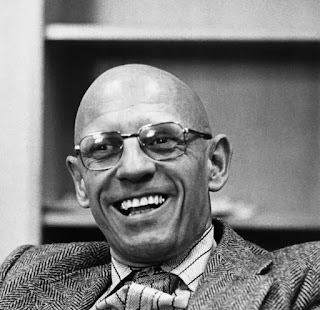