In trying to fire Mueller, Trump digs his own legal grave, by Jennifer Rubin | The Washington Post January 26, 2018

President Trump ordered the firing last June of Robert S. Mueller III, the special counsel overseeing the Russia investigation, according to four people told of the matter, but ultimately backed down after the White House counsel threatened to resign rather than carry out the directive. …

The report is noteworthy on many counts.

First, Trump’s failed attempt to fire Mueller was apparently known to many individuals, indicating both a lack of discipline on Trump’s part (what else did he say to these people?) and possible waiver of any privilege. If McGahn can be compelled to discuss such interactions with Trump with the special counsel, he may be able to testify as to the president’s motive both in firing FBI Director James B. Comey and attempting to fire Mueller. We should wonder whether McGahn and/or Mueller determined that the privilege was waived because Trump had ordered McGahn to do something illegal (i.e. obstruct justice by firing Mueller). It may come as a surprise to Trump to learn that no privilege would apply in such a case.

Second, “Attempted obstruction is obstruction even when the perpetrator backs down after failing to get his consigliere to do the deed for him,” constitutional lawyer Larry Tribe emails me. “In addition, it’s part of a persistent pattern of obstruction. And it’s also strong evidence of consciousness of guilt.” As the Times report notes, Trump has “long demonstrated a preoccupation with those who have overseen the Russia investigation.” He threw a fit when Attorney General Jeff Sessions recused himself from the Russia probe, and he fired Comey after he failed to extract an oath of loyalty. The attempt to decapitate the probe again goes to Trump’s intent to stymie an independent investigation and his seeming cluelessness that these actions would be potentially illegal, an abuse of his power.

If one is constructing a case evidencing a deliberate, ongoing plan to disrupt and stop the Russia investigation so as to protect Trump and his family, this is certainly one nugget of damaging information. Norm Eisen, a former White House ethics lawyer, agrees that “it is another piece in the obstruction mosaic. Like the loyalty demand; telling Comey to let [the probe of Michael] Flynn go; or firing Comey, it evinces corrupt intent. What is Trump trying to hide? Whatever it is, protecting himself, family or others is not a proper purpose.” He adds, “It’s wrong— and so is more evidence of the corrupt intent needed to find obstruction.” (Eisen and his colleagues at the Brookings Institution have written a brief on the case for obstruction, which will presumably need to be updated now.)

Trump is acting macho by saying he'll testify under oath in the Russia probe, says Ruth Marcus. Won't the real test come down to whether he tells the truth? (The Washington Post)

Third, the president does back down when confronted. On one hand, McGahn should be commended for standing up to Trump and should set an example for others who may be pressured to carry out illegal or problematic actions. However, as former director of the Office of Government Ethics Walter Shaub tells me, “Before anyone goes canonizing McGahn, let’s pause to recall the media reports about him pressuring Sessions not to recuse and seeking access to FISA warrant information.” It is not clear whether McGahn simply thought the move would be politically disastrous or if he concluded firing Mueller would itself constitute obstruction of justice, a crime. As an aside, “It’s also worth noting that this is not the first leak to paint McGahn in a positive light at Trump’s expense,” says Shaub. “If I were Trump, I’d find myself wondering about McGahn.”

Fourth, the attempt to fire Mueller suggests Trump’s childlike belief that the investigation would not proceed, or would not proceed as effectively, without Mueller. To the contrary, Deputy Attorney General Rod J. Rosenstein would have appointed a replacement, and the same FBI investigators would have continued their digging. The files would all be preserved. Trump personalizes everything, apparently ignorant of the institutional procedures built into the system to ensure that no one person’s removal can keep the wheels of justice from turning. That inability to recognize organization rules and norms may be his downfall.

Fifth, this underscores how irresponsible Republicans have been in failing to shore up protections for the special counsel. Next time, McGahn may not be there or be able to head off an order to fire Mueller when Trump loses his cool. Republicans — for the president’s own protection — need to bring up legislation allowing notice of a decision to fire Mueller and/or some procedural recourse if Trump does pull the trigger. “While credit goes to Don McGahn, this is a blaring alarm: if there was ever any doubt in any Republican leader’s mind that Trump is willing to subvert the rule of law, that is now gone,” says Ian Bassin, who heads the nonpartisan group Protect Democracy. “The question now for Speaker of the House Paul Ryan, Senate Leader Mitch McConnell and their caucuses is whether they truly believe we are a nation of laws and not of men and what they’re willing to do to assure that.” Unfortunately, from indulging the antics of House Intelligence Committee Chairman Devin Nunes (R-Calif.) to refusing to set up a select committee, GOP congressional leaders seem to have already answered the question. 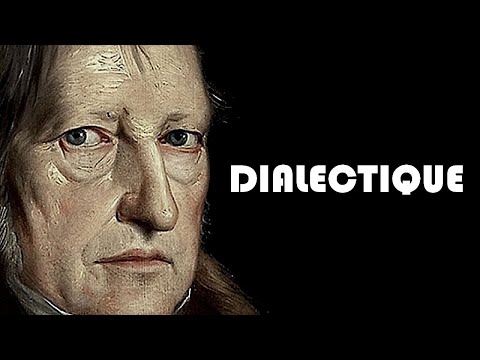