The impact of new market rules sweeping across Europe has been likened to motorists suddenly being told they must drive on the other side of the road. While the aim is to force unprecedented transparency and curb conflicts of interest, the regulation is upending security markets. From cuts to research and commissions to new reporting requirements and limits on so-called dark trading, the effects of MiFID II reach deep into an industry scrambling to comply by Jan. 3. While the shakeout could take years, here are some early guesses on who may benefit from the overhaul and who may not.

PENSION FUNDS, FAMILY OFFICES. Investors will have a clearer picture of whether they are getting value for money from fund managers when negotiating fees. With the regulation forcing brokers to charge for research, an increasing number of money managers have opted to start paying for analyst reports themselves, potentially reducing costs for clients.

HEDGE FUND PLATFORMS. These companies, including Mirabella Advisers and Brooklands Fund Management, help hedge funds with everything from record-keeping, back office operations and compliance oversight to administrative tasks. Some hedge funds are clubbing together on these platforms to share the costs of the upcoming regulation.

BIG MONEY MANAGERS. Those who can afford to pay, such as BlackRock Inc. and Vanguard Group Inc., have more leverage to negotiate the price of research to banks and brokers.

EXCHANGE-TRADED FUNDS. As the regulations force investors to focus on fees, they’ll send more money to cheaper passive products. ETF assets in Europe are forecast to surge from $725 billion to $1 trillion in the next four years.

EMAIL INBOXES. Solicitations from traders looking to pick up business from the buy side will drop significantly as the regulations stipulate that all research must be paid for. Money managers are even taking steps to block emails from those firms that have been dropped from their broker lists.

BIG INVESTMENT BANKS. As fund managers tighten their belts to the tune of $1.5 billion, bulge-bracket firms with bigger balance sheets can compete in price wars, talent and cultivate corporate ties. The rules could also lead to new revenue streams.

RESEARCH STARTUPS. When one door closes, another opens. And so it may be for those analysts who lose their job in 2018. Some are striking out on their own, creating a cottage industry of specialization.

SYSTEMATIC INTERNALIZERS. Banks and high-frequency traders who operate new trading venues known as SIs may also lure business. They can sidestep dark-pool trading caps and help reduce fund managers’ trade-reporting tasks, and may be able to offer more flexible pricing than exchanges can. JPMorgan Chase & Co. and Goldman Sachs Group Inc. are among firms that plan to become SIs.

SMALL MONEY MANAGERS, TRADERS. Firms with tighter budgets may have to limit the research they buy or pass on the cost to clients and risk losing business. Onerous reporting requirements also mean a single transaction could have about 70 data points that will have to be documented and stored.

VOICE BROKERS. Traders will have to demonstrate that they’re executing trades at the best prices and in the right venues. Tracking those details is faster and cheaper when the trades are done by computer, rather than by shouting down the phone.

HEDGE FUNDS. Hedge funds will have to report equity trades within 1 minute and fixed-income trades within 15 minutes, impacting those that trade across asset classes in large volumes. Some smaller hedge funds are also planning to stop consuming sell-side research for the foreseeable future because they can’t afford the price tag.

RESEARCH ANALYSTS. Those that aren’t ranked in the top three or four in their sector could be axed from trading floors. McKinsey & Co. expects banks to cut about $1.2 billion of spending in the area.

INVESTOR RETURNS? Fewer analysts means less research, which means some fund managers may have to shrink the universe of companies they invest in. Missed opportunities could potentially limit returns, while less oversight could impact decision-making.

STOCK EXCHANGES. Bourses such as Euronext NV and Deutsche Boerse AG could also lose out. Even if regulators close the pricing loophole that currently give SIs an advantage, bank-run platforms may still be more attractive as banks roll out increasingly competitive stock-trading options, such as low execution prices and larger “risk trades” to lure business.

SMALL-TO-MEDIUM-SIZED ENTERPRISES. Smaller companies are expected to see less coverage from research analysts, potentially reducing their shareholder base. That could make it hard for investors to price the shares and make stocks more illiquid. London-based Toscafund Asset Management, which invests in U.K. small caps, wrote a letter to 30 such companies urging them to pay for research on their own stocks. 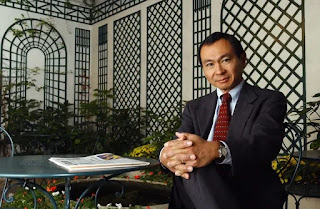