Are the Rotary Club and Lions Club part of the Freemasonry ?

Freemasonry is the first and oldest fraternal organization out there - its origins are still being researched and studied by historians, but as far as recorded history goes, the craft as we know it dates back at least as far as 1598, the year that Edinburgh Lodge No. 1 in Scotland made the transition from "operative" Freemasonry (as in the actual trade of stonemasons) to "speculative" Freemasonry (the philosophical, allegorical organization).

Masonry as a fraternal organization goes further back than that - operative Masons worked as members of guilds, or lodges, and passed on various means of recognition (words, phrases, tokens, grips, etc.) to help them know one another and obtain work from town to town across the world. As such, Masonry at least symbolically, if not historically, traces its heritage as far back as the building of Solomon's Temple.

Masonry came to America via England and became incredibly popular in American culture - its principles became the basis for pretty much every college social and service fraternity, which formed in the late 18th century and throughout the 19th century. In the 20th century, our "nation of joiners" experienced a boom in even more fraternal organizations as businessmen, soldiers, college students, and more sought to create further opportunities for brotherhood, service, philanthropy, etc. Thanks to the fraternal principles espoused by Freemasonry, other organizations found their birth - the Lions Club, the Rotary Club, the Elks Club, the Loyal Order of Moose, the Oddfellows, the Eagles, the Knights of Pythias, the Optimist Club, The Grange... the list goes on and on and on. Nearly all of these have at least their inspiration, if not even a basis in Freemasonry, but none of them are Masonic.

Interestingly enough, Freemasons were founding members of both the Lions Club and the Rotary Club. Gustave E. Loehr, a Mason, was a charter member of the Rotary Club (though it was founded by Paul P. Harris, who was not a Mason to my knowledge), and Melvin Jones, the founder of the Lions Club, was actually a Mason. But again - Lions and Rotary are not Masonic organizations. 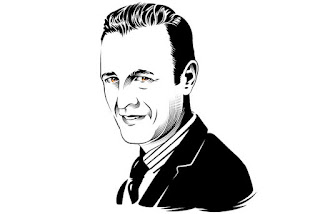