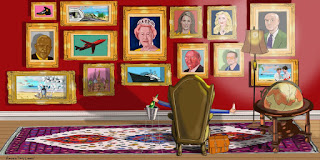 Founded in 1997 by the respected American journalist Chuck Lewis, ICIJ was launched as a project of the Center for Public Integrity, focusing on issues that do not stop at national frontiers: cross-border crime, corruption, and the accountability of power.

In February 2017, ICIJ was spun off to become a fully independent news organization with the goal of extending our global reach and impact even farther. In July 2017, ICIJ was granted its own 501(c)(3) nonprofit status from U.S. tax authorities.

ICIJ is governed by three committees – a traditional board of directors with a fiduciary role; an Advisory Committee made of supporters and experienced investigative journalists; and an ICIJ Network Committee.

The need for such an organization has never been greater. Globalization and development have placed extraordinary pressures on human societies, posing unprecedented threats from polluting industries, transnational crime networks, rogue states, and the actions of powerful figures in business and government.

The news media, hobbled by short attention spans and lack of resources, are even less of a match for those who would harm the public interest. Broadcast networks and major newspapers have closed foreign bureaus, cut travel budgets, and disbanded investigative teams. We are losing our eyes and ears around the world precisely when we need them most.

Our aim is to bring journalists from different countries together in teams – eliminating rivalry and promoting collaboration. Together, we aim to be the world’s best cross-border investigative team.

ICIJ projects are typically staffed by teams of 100-plus reporters spread around the world. These journalists work with our staff in Washington D.C., Paris, Madrid, Costa Rica and Sydney to report, edit, and produce groundbreaking multimedia reports that adhere to the highest standards of fairness and accuracy.

Over the years, our teams have exposed smuggling by multinational tobacco companies and by organized crime syndicates; investigated private military cartels, asbestos companies, and climate change lobbyists; and broke new ground by publicizing details of Iraq and Afghanistan war contracts. Our investigations on the global offshore economy have sparked resignations, arrests and policy changes in dozens of countries.

Who we work with

To release its findings, ICIJ works with leading news organizations worldwide. Our media partners bring invaluable local expertise and reach to our stories, which have appeared in dozens of languages in outlets ranging from some of the world’s most renowned news brands like the BBC, the New York Times, the Guardian and the Asahi Shimbun, through to small regional nonprofit investigative centers. We are always open to new collaborations. You can see a list of our recent media partners here.

Outreach
In addition to ICIJ’s in-depth reporting, the consortium plays a key role in bringing together investigative journalists from around the world. ICIJ reaches thousands of followers in dozens of countries with news on the latest reporting tools and techniques via:

ICIJ staff and members regularly contribute to conferences and events around the world, sharing not just the findings of investigations but also the tools and lessons learnt along the way to help promote better understanding and best practices in collaborative journalism.

The ICIJ is a non-profit organization. We give our work away for free.

Cross-border investigative journalism is among the most expensive and riskiest in the world. We rely heavily on charitable foundations and on financial support from the public. Without your help, we cannot exist. You can find out more about our major funders here.

We welcome individual donations in support of our work. You can make a gift online here. Any help, no matter how small, is most welcome.

ICIJ is also a participant in the Amazon Services LLC Associates Program, an affiliate advertising program designed to provide a means for us to earn fees by linking to Amazon.com and affiliated sites.

We want to hear from you

ICIJ encourages tip-offs from the public, story ideas, as well as outstanding investigative journalists interested in collaborating with us. Please don’t hesitate to contact us with your ideas.

If you want to be considered for ICIJ membership please send us your CV and clips. 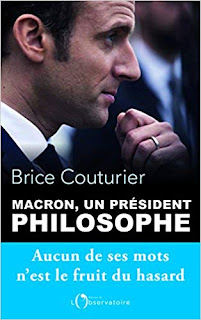