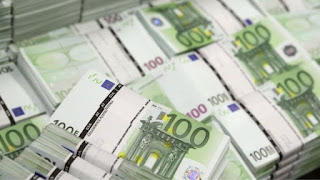 The Claim: The UK could, in theory, walk away from the EU without paying any money at all.

"We don't as a matter of law owe anything at all" - David Jones MP, 15 October
"We're actually under no legal obligation to pay any money at all after we've left" - Bernard Jenkin MP, 22 September
"We don't owe them any money" - John Redwood MP, 7 August
"Legally we owe nothing" - Jacob Rees-Mogg MP, 6 August

Reality Check Verdict: Leading Brexiteers are fond of saying that there is no legal obligation on the UK to pay anything at all to the EU as it departs. If there is no deal under the Article 50 process that is almost certainly correct as a strictly legal interpretation, but it is untested. And "no deal" on money would also mean "no deal" on any other issues as well.

Legal and political considerations are obviously intertwined in the debate about a financial settlement as the UK prepares to leave the EU. But it is possible to separate them in some respects.

Article 70 of the Vienna Convention on the Law of Treaties states that the termination of a treaty… "does not affect the right, obligation or legal situation of the parties created through the execution of the treaty prior to its termination".

In other words, as the EU would argue, your obligations only come to an end on the day of the termination of an international treaty - the "get-out clause" doesn't apply to obligations made before you leave.

But - and it is a big but - there is a crucial caveat. Those terms apply under the Vienna Convention "unless the treaty otherwise provides or the parties otherwise agree".

And the treaty in question - the Treaty on European Union (TEU) - does provide otherwise, in the form of the famous Article 50. So Article 50 of the TEU trumps Article 70 of the Vienna Convention.

Now, Article 50 doesn't say anything about money or rights or obligations. So, in this interpretation, the UK would not be required to pay anything if there were to be no withdrawal agreement, because the treaty itself says nothing about any such payments.

Article 50 says "the treaties shall cease to apply to the state in question" either when a withdrawal agreement takes effect, or two years after the Article 50 process has been triggered by the member state that intends to leave. This is the ticking clock.

An in-depth report on this debate, issued by the House of Lords, acknowledges that there are "competing interpretations" on what the UK should pay, but it reaches the conclusion that, because the European treaties do not say anything on the matter, there would be no enforceable obligation to make the UK pay any financial contribution at all.

The Lords has taken the view that Article 50 is in effect a "guillotine" and the UK would be free to walk away without any responsibilities should agreement not be reached. But, and we'll come back to this, it warns that there would be a price to pay. 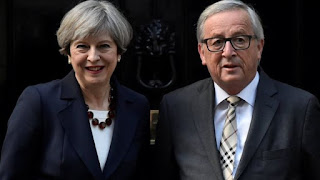 Would refusing to pay cause more problems than it would solve ?

It is also important to emphasise that these are largely uncharted legal waters and some kind of legal challenge at an international level would probably be made. The EU itself could not bring a case against the UK at the International Court of Justice (ICJ) in The Hague, because it is not a sovereign state.

But the remaining 27 member states - acting either individually or collectively - could in theory appeal to the ICJ, or to another relevant international tribunal. They would want their money back.

And this is where we have to get back to politics. No deal on money would mean "no deal" on any of the other issues being negotiated under Article 50, such as the rights of citizens and the future of the border between Northern Ireland and the Irish Republic.

Walking away with no agreement would also do significant reputational damage to the UK - if we can't trust you on past obligations, EU officials would argue, why should we trust you on future ones?

That is why the British government says it wants a deal and it accepts that it does have financial obligations to meet. The trouble is there's no agreement so far on precisely what those obligations are.

In conclusion, it is easy to say - in isolation - that the UK has no legal obligation to pay anything at all. But the reality is that such a provocative move would cause far more problems than it would solve.

Most leading Brexiteers acknowledge that, and accept (with varying degrees of reluctance) that the UK should pay something as a gesture of goodwill. On the EU side it is seen as rather more than that - it is a prerequisite for any deal to succeed. 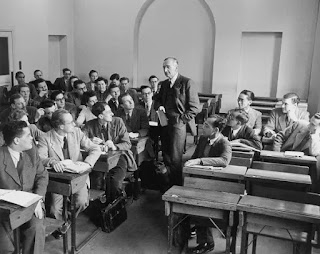